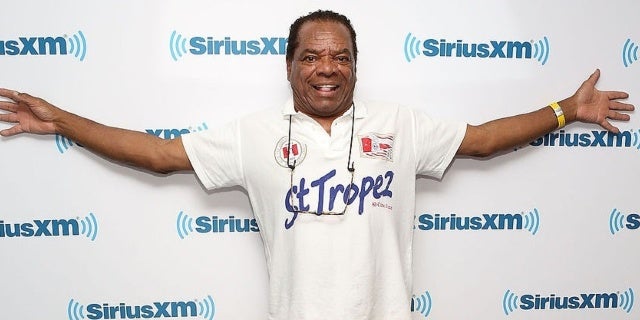 John Witherspoon passed away suddenly at his home in California on October 29. He was 77 years old. The family did not release a cause of death for the actor at the time, but a certificate of death obtained by TMZ details exactly what caused his passing.

The immediate cause of Witherspoon’s death was myocardial infarction, or a heart attack. Listed as underlying causes were coronary artery disease and obesity. The time of death is listed as 5:30 p.m.

The outlet also released a copy of the 911 dispatcher call from that evening. The dispatcher can be heard requesting emergency medical services and states that the man (Witherspoon) is unconscious and that CPR is underway. Seconds later, he calls off the rescue request stating that the man has deceased.

The day after his death, his family released a statement.

“It is with deepest sorrow that we can confirm our beloved husband and father, John Witherspoon, one of the hardest working men in show business, died today at his home in Sherman Oaks at the age of 77,” the statement read “He is survived by his wife Angela, and his sons JD, Alexander, and a large family. We are all in shock, please give us a minute for a moment in privacy and we will celebrate his life and his work together. John used to say ‘I’m no big deal’, but he was huge deal to us.”

His son, J.D., posted his own message about his father on Twitter.

“My Dad died today & honestly I’m not sure how to feel. I’m sad, but I’m also happy 4 all the great times we had together. We’d roast each other like homies more than Father & Son, and I really liked that. He was my best friend & my idol,” he wrote. “Love U Dad…I’ll miss u.”

The funeral for Witherspoon was held last Tuesday, and many of his celebrity friends were in attendance. Cedric the Entertainer, David Letterman, George Wallace, Chris Tucker, Ice Cube and Bill Bellamy were among those who paid their respects at the service.

Many comedians and actors have shared remembrances of Witherspoon on social media since his death.

“Let me tell you something, this man was a genius!! Like bend over in your chair hollering with laughter funny. All comics could learn from John Witherspoon!! RIP!!” Leslie Jones tweeted.

“I’m devastated over the passing of John Witherspoon. Life won’t be as funny without him,” Ice Cube wrote.

“The world has lost a true comedy legend and all around genuine soul, who paved the way for so many of us to be able to do what we love. My deepest condolences to John’s family. I know he’s already up there makin everyone laugh,” Martin Lawrence said.

Witherspoon enjoyed a long and prolific career in entertainment. He was best known as playing Pops in the Friday film franchise and as Gramps in The Boondocks.

WAIT! Subscribe to GroupChat, PopCulture.com’s official Reality TV podcast! Check it out by clicking here or listen below.