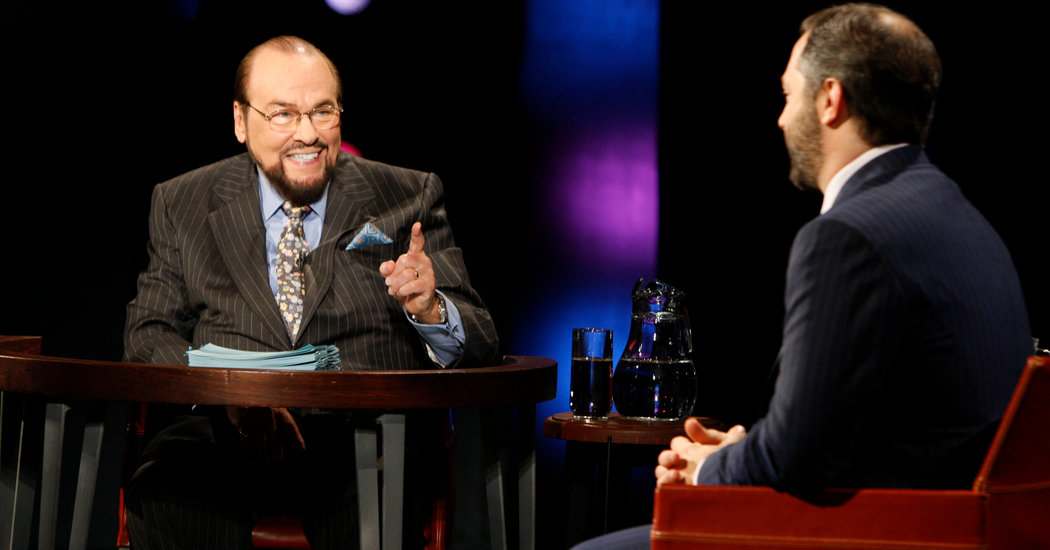 James Lipton, who plumbed the dramatic arts through perceptive, mostly admiring interviews with celebrity actors as host of the Bravo television series “Inside the Actors Studio,” died on Monday at his home in Manhattan. He was 93.

The cause was bladder cancer, his wife, Kedakai Mercedes Lipton, said.

Mr. Lipton was a knowledgeable interviewer who focused on craft while avoiding gossip, winning the trust of his famous guests as well as an international audience.

During his 23-season run as host — he left the show when it moved from Bravo to Ovation TV in 2019 — “Inside the Actors Studio” became a coveted stop for writers, directors and performers, who would give some of their longest and most unguarded interviews to Mr. Lipton.

His manner was sympathetic — fawning, to some, and often lampooned — but the formula worked, and among the 275 or so stars he interviewed were some of the brightest: Paul Newman, Alec Baldwin, Neil Simon, Sally Field, Dennis Hopper and Sidney Lumet, to name a few — and they came along in just the first season.

His association with the Actors Studio began in 1992, when he was invited to observe a session of that storied and exclusive workshop for actors, writers and directors. At the time, its existence was threatened because it had no steady income; membership was by invitation only, and attendance was free.

Mr. Lipton brokered a solution: the creation of a master of fine arts program whose tuition would support the Actors Studio. The program began in 1994 in partnership with the New School in Manhattan, with Mr. Lipton acting as chairman and later as dean. The program moved to Pace University, also in Manhattan, 12 years later.

“Inside the Actors Studio” also had its debut in 1994. Mr. Lipton conceived the televised sessions as seminars for the New School’s drama students. But he also recognized the potential for marketing and struck a deal with the fledgling Bravo cable channel to air the episodes.

The format was unorthodox and low-budget. Mr. Lipton sat across from his guests at a simple table on an unadorned stage. He flipped through questions written out on blue note cards. And he kept the discussion on an intellectual plane.

Nonetheless, the show became a hit. In 1997, it won the CableACE award for the year’s best talk show. It was nominated for 21 Primetime Emmys over the years. In 2013 it won the Emmy for outstanding informational series or special. And in 2016, Mr. Lipton won the Critics’ Choice Television Award for best reality show host.

His raw interviews lasted four to five hours and were then edited down to one hour for television. He had a talent for eliciting unexpected disclosures — what he called “omigod” moments.

Ben Kingsley cried while speaking of his mother’s death. Jack Lemmon revealed his alcoholism so casually that Mr. Lipton did not know whether the actor was describing himself or a character in a movie. Sally Field suggested that Mr. Lipton had read her diary. Julia Roberts asked whether he had called her mother.

In fact, a researcher assembled material for Mr. Lipton, who then spent two weeks poring over it, culling facts and drafting questions.

Louis James Lipton was born on Sept. 19, 1926, in Detroit, the only child of Lawrence Lipton, a noted Beat poet who left the family when James was 6, and Elizabeth (Weinberg) Lipton, a teacher.

Early on, Mr. Lipton’s mother plied him with books, instilling in him a love of language and the arts, particularly theater.

He won his first professional acting job in the 1940s, when the live radio program “The Lone Ranger” cast him as the voice of Dan Reid, nephew of that Western’s intrepid title character. Still, as a young man, Mr. Lipton, shied away from immediately pursuing a career in theater, having associated the arts with his delinquent father. Instead, he enrolled at what is now Wayne State University in Detroit determined to be a lawyer.

A stint in the Air Force cut those studies short, and he eventually headed to New York, where he was enrolled for a time at Columbia University. In need of an income, he sought out acting jobs.

He trained with the prominent acting instructor Stella Adler and, later, with Harold Clurman and Robert Lewis, but more often than not he appeared in failed productions or in limited engagements that could hardly catapult him to stardom.

There was one exception: For about a decade, until 1962, Mr. Lipton portrayed Dr. Dick Grant — the surgeon with the golden hands — on the soap opera “Guiding Light.”

He fared better as a writer. His work included scripts for the soap operas “Another World,” “The Edge of Night” and “Guiding Light”; the book and lyrics for the Broadway musical “Sherry!” (1967); the novel “Mirrors” (1981); and the made-for-television movie “Copacabana” (1985). He also tried his hand at nonfiction, writing “An Exaltation of Larks” (1968), a popular book that explained the etymology of terms like “a pride of lions.”

Mr. Lipton found his niche midway through his career, when he became a producer. In 1977, he produced President Jimmy Carter’s inaugural gala, the first ever to be televised. He produced a dozen star-studded birthday specials for the comedian Bob Hope. Other galas followed, all regarded as successes.

Mr. Lipton was also one of the most castigated talk-show hosts on television. Critics described him variously as pompous, sycophantic, unctuous, oleaginous and obsequious.

While his manner reassured his guests, it also provided grist to comedians.

On television, he was lampooned relentlessly by Will Ferrell on “Saturday Night Live.” A cartoon version of him was murdered on “The Simpsons.” And he was targeted by the comedian Sacha Baron Cohen on the abrasive HBO comedy “Da Ali G Show.”

Mr. Lipton responded to the attention good-naturedly. He invited Mr. Ferrell to appear as a guest on “Inside the Actors Studio.” He provided the voice for the cartoon version of himself on “The Simpsons.” And he noted all of the comedians’ antics in his memoir, “Inside Inside,” which was published in 2007.

Mr. Lipton was married to Shirley Blanc and then to the actress Nina Foch, from 1954 to 1958, when they divorced. In 1970 he married the model Kedakai Turner, who was often present in his show’s television audience, and who, in what became a running joke on the show, forbade him to get a tattoo. She is his only immediate survivor.

Mr. Lipton portrayed himself in youth as something of a scoundrel. He alluded to numerous romantic conquests and recounted a period of months that he spent in Paris earning a living as a “mec” — or pimp — for a young prostitute.

His image on “Inside the Actors Studio” was far more staid. Famously, he completed each episode by asking his guests a series of questions employed, among others, by the French television host Bernard Pivot. He answered the questions himself only once, in an appearance on Mr. Pivot’s show. His answers, in part, were:

Q. What is your favorite curse word?

Q. What is the profession you wouldn’t have wanted to practice?

Q. If God exists, what would you like to hear him say after your death?

A. You see, Jim, you were wrong. I exist. But you may come in anyway.