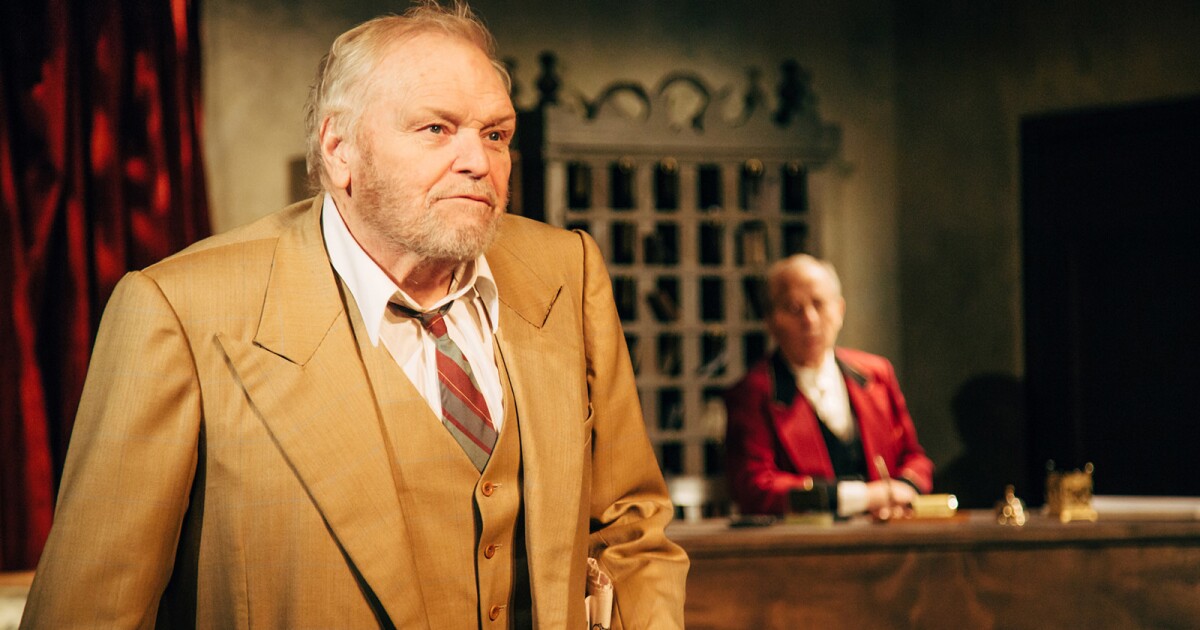 Brian Dennehy, the 6-foot-3 Irish American character actor who died Wednesday night at 81, inspired some Irish-style storytelling among the celebrities who reacted Thursday to his death.

“‘Character actors! Who gives a … if we’re fat?,” Patton Oswalt tweeted profanely about his “Ratatouille” costar, alluding to what Dennehy allegedly told him when the actors ran into each other at a buffet at the “Batman Begins” premiere. “You were the best rat-dad a little chef could ask for. Miss you, man.”

Tom Arnold had his own story about working on the 2019 movie “3 Days With Dad” with Dennehy, who had close to 200 film and TV credits to his name.

“We were shooting 3 Days With Dad & I’m basically carrying terminally ill dad Brian Dennehy from his hospital bed to the bathroom over & over. He’s not a frail old man. He’s a bull. 10th take I ask Brian for some help. Fake it a bit. Bad idea. 11th take was unpleasant. RIP,” Arnold tweeted.

“I’ve never laughed so hard as we did every day on the set or off. for a big ‘tough guy,’ he was a sweetheart,” tweeted James Woods, who costarred with Dennehy in “Split Image” and “Best Seller.”

Here is a sampling of celebrity reactions to Dennehy’s passing, which his daughter Elizabeth Dennehy said was from natural causes.

I’m just devastated to hear we lost my beloved friend and colleague, #BrianDennehy. We were partners on two of my favorite films, Split Image and Best Seller. I’ve never laughed so hard as we did every day on the set or off. For a big “tough guy,” he was a sweetheart. #RIPBrian pic.twitter.com/EjsxMvqlxw

I met Brian in a bar, acted in a movie with him but the stage was what he loved. In rehearsal he said, “This is it, kid.” He was a fellow nutmegger, mick and a Marine. They don’t make his kind anymore. ❤️to his family. https://t.co/0TLeo2MAyt

Was lucky enough to see Brian Dennehy twice on stage, masterful in Love Letters, and monumentally heartbreaking in Death Of A Salesman. A colossus. What a loss.

Just devastated to learn that the magnificent Brian Dennehy has died. They is no one i enjoyed working with more. And there are few friends as valued in my life. I took this photo backstage when we were in Love Letters. He loved my pup Bowie. pic.twitter.com/s55Cc37lFy

Another day. Another piece of devastating news. For those who never got to see Brian’s towering performance in “Death of A Salesman,” it will go down as one of the crowing performances ever delivered in a stage. #RIPbriandennehy https://t.co/23QgabbeZY

RIP Brian Dennehy. Brilliant and versatile, a powerhouse actor and a very nice man as well.

Condolences to the family of Brian Dennehy. 😞 A wonderfully talented actor.

Sending sympathy to Elizabeth Dennehy and her family on the loss of her father, the great Brian Dennehy.

Very sad to hear about the passing of Brian Dennehy. He was a fantastic actor on the big and small screens, as well as theatre. Another great loss!!! RIP MM pic.twitter.com/tv8ZwdRbO9

It is with heavy hearts we announce that our father, Brian passed away last night from natural causes, not Covid-related. Larger than life, generous to a fault, a proud and devoted father and grandfather, he will be missed by his wife Jennifer, family and many friends. pic.twitter.com/ILyrGpLnc3