Last week, Netflix released a four-part documentary about all the allegations made against late financier, Jeffrey Epstein. At the end of the documentary it shares a few details about his death. But there are lots of theories about what happened to Jeffrey Epstein, including some who believe he didn’t die at all.

Jeffrey Epstein was found dead in his cell on August 10th 2019 – when he was awaiting trial for sex trafficking charges. Here are all the theories surrounding the death of Jeffrey Epstein, some believable and some less so. 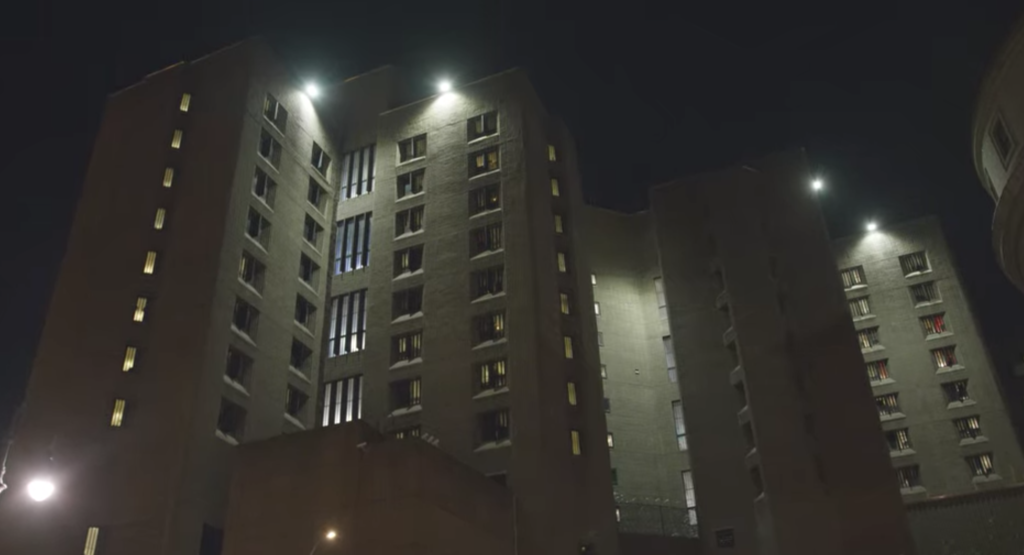 The prison where Epstein died, via Netflix

His death was ruled as death by suicide

At the time, it was ruled that Jeffrey Epstein had died by suicide in his cell at the Metropolitan Correctional Centre. In the Netflix documentary the prison is described as a “hell hole” and that the guards were sleeping and cameras there weren’t working at the time.

Epstein signed a will two days before his death which moved his huge fortune over to the Virgin Islands – this also indicates he knew he was going to take his own life.

After his death, Esptein’s lawyers challenged the conclusion that it was suicide and opened their own, independent investigation. Theories spread online surrounding the strange circumstances too.

Mark Epstein, Jeffrey’s brother, didn’t believe that it could have been a suicide. He hired a forensic expert to take another look at the autopsy. Michael Baden, who was hired by Epstein’s brother, said the financier may have been strangled. In a TV interview at the time, he added Jeffrey Epstein’s injuries “are extremely unusual”  and “could occur much more commonly in homicidal strangulation.”

Dr Cyril Wecht, an forensic pathologist who features on the Netflix documentary says Epstein had broken bones in his neck which are not usually found in suicide cases. Epstein had three fractures in the hyoid bone. In Jeffrey Epstein: Filthy Rich, he says: “You do not get those three fractures with a suicide.” 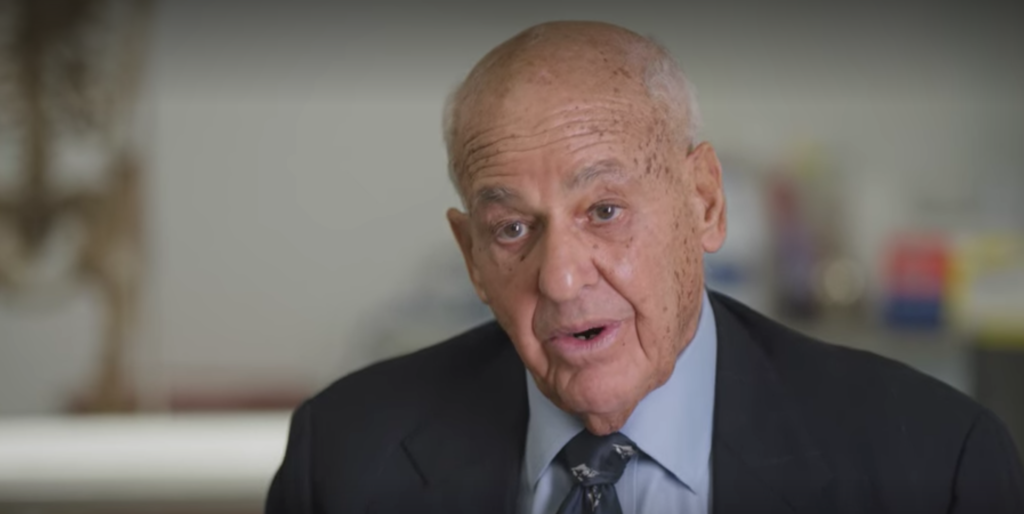 Jeffrey Epstein’s lawyer also believes he was killed. The lawyer, David Schoen, speaks out in another documentary, which focuses on the death – called “Who Killed Jeffrey Epstein?” Schoen says he spoke to Epstein just days before his death and Epstein was “upbeat and excited” and looking forward to clearing his name. In the documentary he says: “I think it was a homicide but I don’t know who killed him”.

He added: “He [Epstein] had plans to really fight this case. He’d made arrangements to hire me.”

Conspiracy theorists also believe that Epstein was killed in his cell. One of the theories is that one of the powerful people caught up in Epstein’s ring paid a prison guard to kill him, so the case would never make it trial and risk details getting found out. The death is described as “convenient” for princes, politicians and celebrities who are accused of being associated with Epstein.

Chauntae Davies, one of the survivors says she’s sure “many people wanted him dead” because he had a lot of information and blackmail videos about people in high-up places. Cameras were found all over Epstein’s Manhattan mansion, which could have contained incriminating footage and pictures.

After Epstein’s death, #ClintonBodyCount and #ClintonCrimeFamily were trending on Twitter. In August 2019, President Trump added fuel to the fire when he retweeted an conspiracy theory that Epstein was somehow killed by Bill Clinton. The tweet read: “Died of SUICIDE on 24/7 SUICIDE WATCH ? Yeah right! How does that happen. Jeffery Epstein had information on Bill Clinton & now he’s dead. I see #TrumpBodyCount trending but we know who did this! RT if you’re not surprised.”

A spokesperson for the Clintons said the claims they were involved at all were “ridiculous, and of course not true — and Donald Trump knows it.” 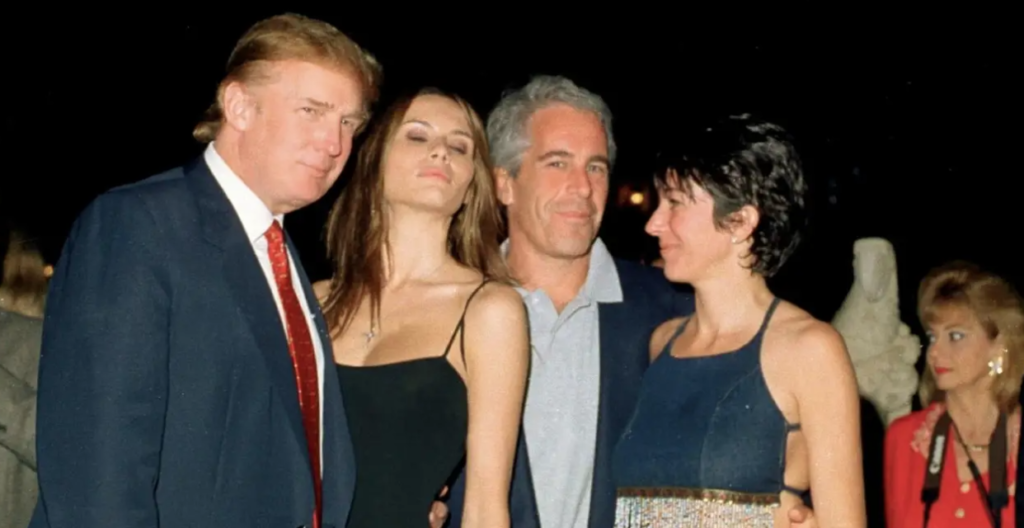 #TrumpBodyCount was also circulating on Twitter. Trump has been pictured with Epstein and people speculated Jeffrey Epstein may have had blackmail material against him too. Donald Trump has also denied all claims.

The phrase “Epstein didn’t kill himself” has also become a meme – with its own Wiki page.

In the Netflix documentary we see footage from a news bulletin where it is raised that theorists believe Epstein’s death was “faked”. Yes, people believe Jeffrey Epstein has used his power and money to be able to fake his own death and avoid responsibility for the crimes he has been accused of.

Call me crazy but I believe Jeffree Epstein’s death is a hoax considering he made trust funds in the U.S Virgin Islands days before he committed suicide. The government protected him and he’s still alive somewhere

Just started watching something on Jeffrey Epstein on Netflix. This geezer is still alive I reckon.

There are lots of theories out there discussing the possibility that Epstein never died. Many think the “back up plan” which was exposed in the Netflix documentary – Epstein was found to have a fake passport and diamonds in his safe – were all part of a fake death plan.

Everything from how suspicious his sudden death was, to the position of his ears when he died have been discussed by conspiracy theorists. Images and videos of Epstein being taken from his cell to an ambulance were used in news bulletins across the world, and feature in the Netflix documentary. People think the images of Epstein being taken to hospital may be of some sort of body double as his ears and face profile look different.

Jeffrey Epstein: Filthy Rich is available on Netflix now. For all the latest Netflix news, drops and memes like The Holy Church of Netflix on Facebook.

Related stories recommended by this writer:

• Who is Ghislaine Maxwell from the Epstein documentary and where is she now?

• Jeffrey Epstein net worth: What did he do and how much money did he have?