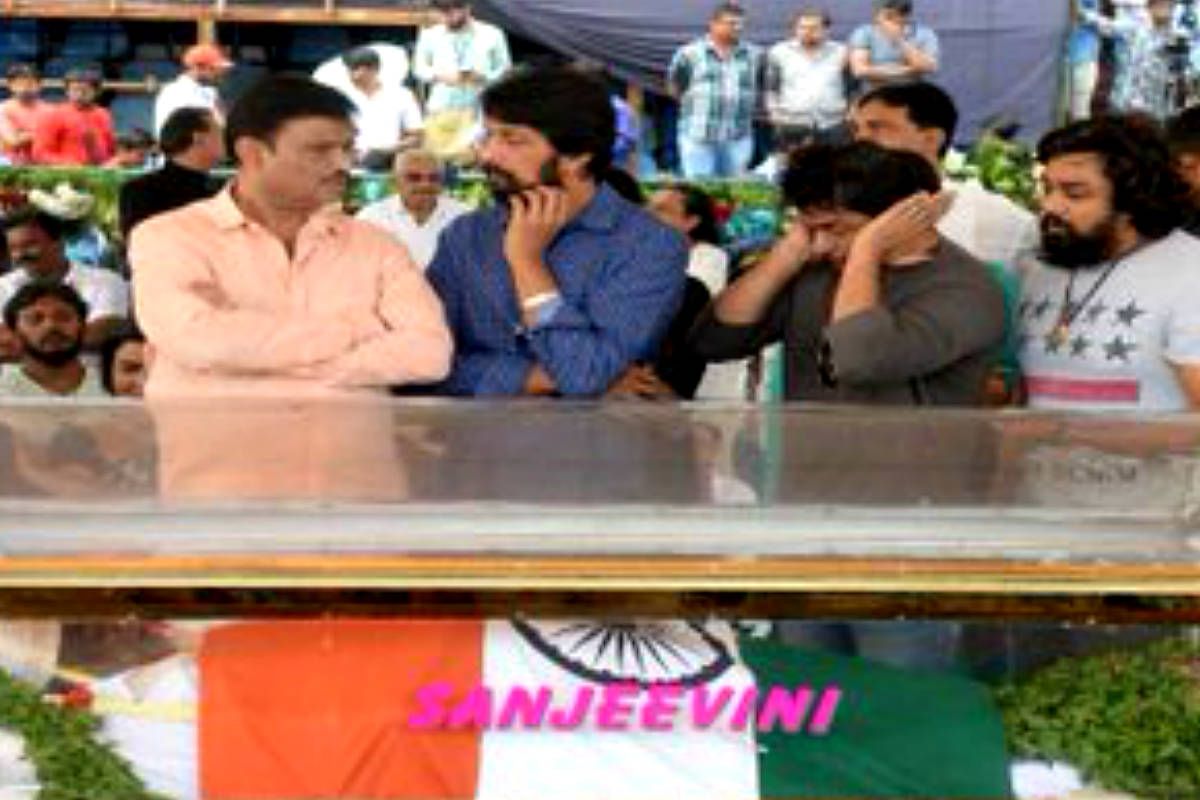 Kannada movie star Chiranjeevi Sarja‘s funeral took place on Monday in Bengaluru. He was laid to rest at his brother Dhruva’s farmhouse in the presence of the family members and a few industry colleagues. The pictures from the funeral are now going viral as people mourn the loss of one of the most-loved actors from the Sandalwood film industry. Also Read – Kannada Actor Chiranjeevi Sarja Dies at 39 in Bengaluru, Film Industry in Shock

Lovingly known as Chiru, Chiranjeevi Sarja breathed his last on Sunday when he was rushed to the Sugar Apollo hospital in Bengaluru. The family reportedly refused to hand over the actor’s body for an autopsy, therefore, the reason behind his demise could not be ascertained. However, various reports suggest that he died of a cardiac arrest. Also Read – TV Actors Commit Suicide in Chennai, Decomposed Bodies Found After Neighbours Complained of Foul Smell

Crowds gathered on the roadside and on balconies and roofs. Waiting for the body of actor #ChiranjeeviSarja to pass on Kanakapura Road. He was only 39 years old. pic.twitter.com/cqLXEwzqoS

May your Soul Rest in Peace, Chiru pic.twitter.com/mMOxIyDmJ7

Apart from Chiranjeevi’s brother and uncle Arjuna Sarja, many popular stars were present at the farmhouse at Kanakapura road in Bengaluru. Puneeth Rajkumar, Kiccha Sudeep, Yash, Darshan, Upendra, Raghavendra Rajkumar, Shivaraj Kumar, and Rockline Venkatesh among others were seen paying their last respects to the actor.

Earlier, as the news of Chiranjeevi’s death circulated, KPCC President, DK Shivakumar paid a visit to the late actor’s family and offered his condolences.

May his soul rest in peace!