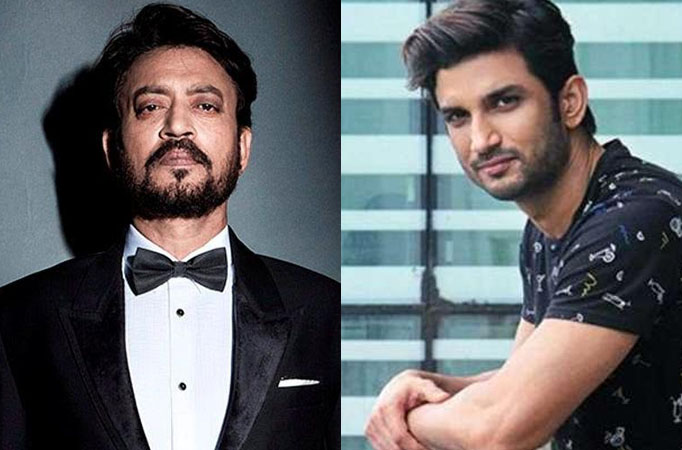 MUMBAI: The year 2020 has been constantly witnessing a lot of highs and lows. With the ongoing COVID-2019 pandemic, things are already complicated. However, what is adding more negativity and sadness is a number of deaths.

Many celebrities left the world this year. Their sudden demise has left everyone shocked and deeply saddened.

So, here’s a list of celebrities who left for the heavenly abode in 2020:

No one is ready to believe that Sushant is no more with us. The Bollywood actor was found hanging in his Mumbai residence on 14th June. The reason behind Sushant taking such a drastic step is yet to be revealed.

The legendary actor of Bollywood was fighting against cancer for quite some time. Rishi Kapoor lost his battle to the deadly disease and passed away on 30th April in Mumbai’s H N Reliance Hospital.

Bollywood lost one of the finest actors, Irrfan, on 29th April who was suffering from cancer. He suffered from colon infection.

Sajid and Wajid were a famous music director jodi of Bollywood. Wajid Khan passed away on 31st May due to cardiac arrest.

Kahaani Ghar Ghar Kii actor Sachin Kumar left for the heavenly abode on 15th May due to cardiac arrest.

After a long battle with cancer, Sai Gundewar, who worked in PK and Bazaar, died in the US on 10th May.

Crime Patrol actor Shafiq Ansari passed away due to cancer at 52 on 12th May.

ALSO READ: Was DEPRESSION the cause behind Sushant Singh Rajput’s SUICIDE?

Kuldeepak actor Manmeet ended his life on 15th May, leaving his wife shattered. The actor was facing a financial crisis.

Crime Patrol actress Preksha Mehta committed suicide on 26th May. She was 25. The actress took her life by hanging from a ceiling fan. She had been very depressed about not getting work.

Sushant Singh Rajput’s ex-manager died after falling off the 14th floor of a building in Mumbai on 9th June. The police officials are still investigating the cause of her death.

Popular Kannada film actor Chiranjeevi Sarja died at a private hospital in Bengaluru following a cardiac arrest. He was 39.

Veteran filmmaker Basu Chatterjee died on 4th June in his sleep due to age-related issues at the age of 93 at his Mumbai residence.

Mohit Baghel, best known for playing Amar Chaudhary in superstar Salman Khan’s Ready, died of cancer on 23rd May at the age of 26.

May their soul rest in peace!

Stay tuned to TellyChakkar for all the latest updates.